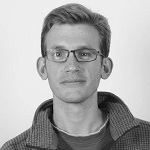 Senior Technical Artist working as part of the team at Playground Games.

I am currently a Senior Technical Artist working on top tier console games as part of the team at Playground Games. Over our last few projects I’ve become responsible for the character & animation pipelines alongside our lead technical animator as well as being widely involved with large parts of the environment pipeline and toolset.

I originally studied game art at Escape Studios, having been interested in digital art previously. After my crash course in (most things) 3D I started working as an Environment Artist at Playground Games in 2011. Wanting to push more into developing my technical skills I progressed into a TA role towards the close of my first project in 2012. Going through a full production cycle as a working artist has given me a lot of context for the job I now do.

Via Email or LinkedIn